Pay-to-Win, a Sure Way to Kill Players' Interest

Mobile games are big business. Game developers are flocking to create Android and iOS hit titles to make millions in revenue. For some time the business model of games was in flux and game developers tried different ways to make money from the wast audience of these two popular mobile platforms.

At the beginning options for making money were limited. Either sell your game as a paid app in the App Store of Google Android Market (now Google Play) or put ads into your game and hope to earn advertisement revenue. On iOS the paid app route seemed to be more popular while on Android free with ads gained more traction. Top selling games on iOS reported massive revenues and large titles on Android managed to create stable income from advertisement.

Neither of the approaches seem to be quite right.

In PC game industry the way developers are making money from games has changed. Popular titles are used to milk the players by introducing DLCs (Downloadable Content). Games, while playable, are often very limited and a title that would have been seen as incomplete is now sold as a full game with added DLCs to extend the play time to something corresponding a normal title.

DLCs are the cash cow of gaming industry. 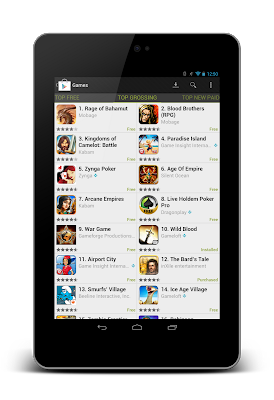 On mobile neither of the two available business models seem to be perfect. In-game ads either made the game look bad or annoyed users. Paid games on the other hand only provided one time income and once a user purchased the game the game developer had got all the income that they'll ever get from that user with that title.

That being said it's no wonder that game developers jumped on board immediately when the mobile platforms introduces in-app purchases. Suddenly a paying customer was going to be a reoccurring payment customer. Adding features to the games made sense as it was possible to sell these new features to users. Investing more developer time to an existing title suddenly became an option.

Especially on Android by far the most money is being made from in-app purchases. Games are often free apps that users can install and try without a risk (neither of the mobile platforms offer demo version of paid apps or games). At the time of writing this the Google Play Store lists only two paid games in their top-20 top grossing apps list. Impressive!

In-app purchases are clearly a great business. Companies are making money and players are happy. Or are they?

Why do we play games?

Before we dive into the in-app purchases let's take a step back and think about why we play games in the first place. What is the function of games?

To me games are entertainment. While I'm not big on mobile gaming I still have 10-15 games installed on my tablet and phones at any given time. I play PC games to enjoy them, be with friends and to relax. Mobile games to me are for making time go faster. I play games when waiting for someone who's late from an appointment or to have something to do when I have an empty moment in a train or on a bus. I play games to have fun.

There are many different types of games. Puzzle games make you solve problems, driving games let you drive different vehicles and shooters let allow you let out some steam with gory violence. What all games have in common is that the player is presented a goal which they need to reach to get a reward. The reward can be a better vehicle, a bonus point, unlocking new levels, experience points, new units etc. Achieving these goals gives the player satisfaction. We play games to achieve the goals. 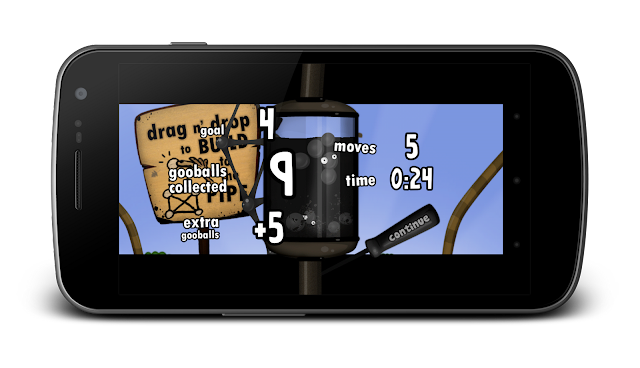 Unfortunately, the reason we play games seems to be lost to a large number of game developers or maybe greed has taken over. By far the most common in-app purchase in mobile games is buying gold (in-app currency). The purchased gold allows players to speedup their progress in games. Instead of playing through levels and gather the gold within the game players can click a button that lets them pay real world money to achieve the same.

Now, you might think that it is a good idea. Let the players who don't want to invest the time to the lower levels to get the better cars, weapons, ammunition, etc directly by paying money. What's the problem?

I used to play World of Warcraft, an online roleplaying game. The goal of the game is to build your character by getting experience points to gain higher levels and to slay mosters to gain better equipment. Many of the equipment were also available to players through the game's auction hause system (sold by other players). Players spend in-game currency, gold,  to bid for items. The gold was earned by selling unnecessary items or found when laying monsters etc. There was no official way for players to pay real world currency to buy in-game gold. Blizzard, the game developer, fought hard to keep so called gold farmers, people who sold in-game gold for real world money, out of the game. But why?

The reason for Blizzard's actions was clear. If you are able to buy the gold instead working for it (in game) it would devalue the in-game efforts and make the game pointless. Even if you didn't want to buy the gold yourself others buying it would make the whole game world feel unbalanced. Players could just pay to win the game.

Pay-to-win business model is destroying gaming on mobile. Let's look at an example. Wild Blood is a recently released big title on Android. This game title was greatly anticipated as it was touted to be technically superior with a great gameplay. The game is not free, in fact, it is an expensive title. 5.49e is considered a lot of money for a mobile title. But I bought the game anyways. I was exited to maybe finally find a game on mobile that will keep me entertained even beyond my normal mobile gaming use cases.

Unfortunately that wasn't going to happen. The game experience is destroyed by allowing players to pay real world money instead of playing the game to get better equipment and skills. 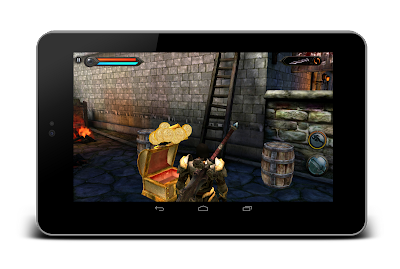 When you find a chest in the game you're rewarded with gold coins and gold bars. 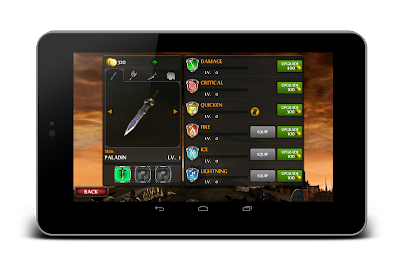 Then you can spend your gold to update your gear. 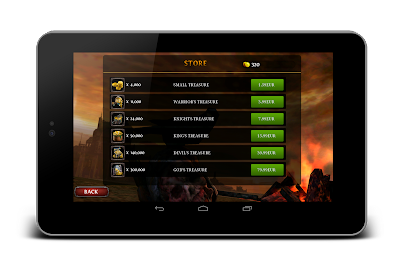 But if you can't be bothered to play the game you can just buy the gold with an in-app purchase.

Unfortunately the Wild Blood isn't the only game that kills the player interest with the developer greed for money and disregard for the game play. The Google Play Store is full of these games.


Playing Global Outbreak and tired of running around game maps and killing zombies to recruit more men and research better weapons? No problem! Just give the game developer money and you'll be finished with this game in no time. 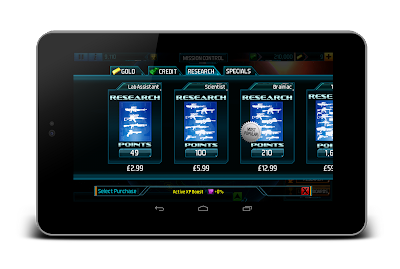 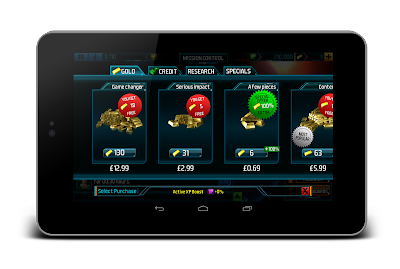 Don't want to drive around the beach racing tracks anymore in Beach Buggy Blitz to get better buggys and more tracks? Not a problem! Just give the dev some more money and you don't have to. You'll be happily finished with the game in few minutes and never have to play it again! 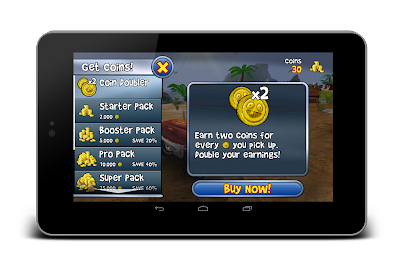 Don't want to solve the puzzles in Bad Piggies? Not an issue. Just give the dev some money and all your puzzles are going to be solved for you! 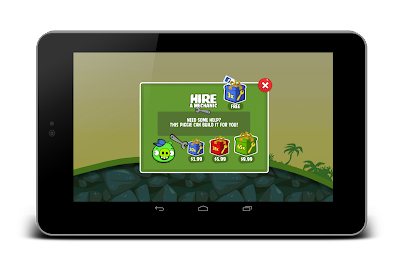 Let's be clear about one thing. I'm not saying that in-app purchases is the problem here. The way in-app purchases are used is. I think that game developers should take a step back and reevaluate their approach to revenue generation. We play games to have fun, spend time and to have a sense of achievement. How can all these aspects be maintained while still maintaining a steady income?

On PC gamers rarely buy any games without first buying them or at least reading tons of reviews. Most PC games let the gamers try the game for free in a demo form. These game demos asre usually either time limited, equipment limited or level limited but they give a good picture about the game and makes the purchase process easier.

Trying paid apps on the prominent mobile platforms is not possible. You can get a refund on Google Play within 15 minutes of your purchase but that's hardly enough to decide if the game is good or not. However, in-app purchases when used correctly will allow trying out games for free and paying for the ones people like. Developers should make their games free and let anyone play a limited game without paying. Users could then unlock the rest of the game by paying.

People are happy to pay for content. If your game has levels or maps I'm certain that players who like your game will pay for more content even if they have originally purchased the game as long as the amount of content in the first purchase has justified the money spent.

We play games to have fun. Games shouldn't take the fun away from us by allowing us to bypass content by paying. Dear game developers, please try to find other ways to create a stable income flow. Pay-to-win model must go and new ways need to be put into place. Think about the reasons why we play games and try to make the experience more fun and longer lasting with in-app purchases instead of deducting from them.
Posted by Juhani at 05:39