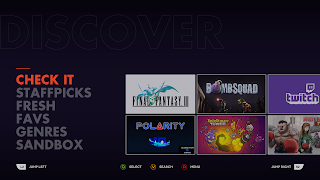 I wrote some first impressions of the OUYA console week or so ago. You can find those thought here in the previous post. I promised to write more impressions once I get to test it properly. So here goes.

After a short while with OUYA it becomes painfully clear that the console is not very good single player experience. The gaming offering is full of not-very-good retro titles and simple casual games with very derivative game-play ideas. I have no doubt that some of the negative reviews and posts about OUYA are because the people testing the console stopped here. You can't say that they're wrong but I think they've missed the point of the console.

If single player experience sucks it doesn't mean that the console sucks. It is actually awesome. The key is multi-player casual gaming.

Consoles live or die with their game offering. Nobody will buy a console without games. At this point it is clear that OUYA is falling short from the estimates of number of launch titles (400).

I've always found the number of titles irrelevant. To me (and I assume to most people) what matters is the quality of the titles available. I'll take one good title over 1000 mediocre titles. It looks to me that OUYA might have exactly that.

To me, BombSquad is the killer title for OUYA right now. It is extremely polished, visually pleasing party game. It is also only available for OUYA and OSX making it exclusive for OUYA in the Android world.

The player allows 1-8 players to fight it out by throwing bombs at each other. The varying minigames keep the game interesting and interesting power-ups add more to each level.

As an added bonus you can also use your Android phone to control the game in case you lack the sufficient number of controllers with the BombSquad remote app. 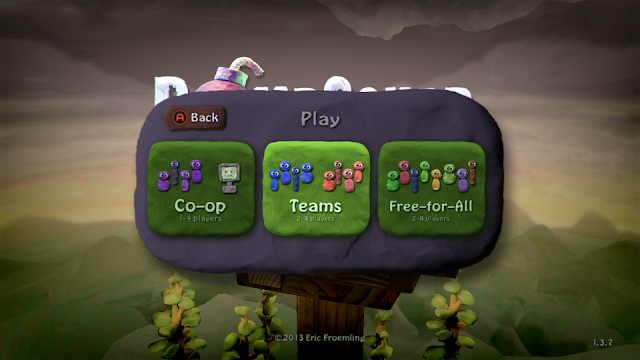 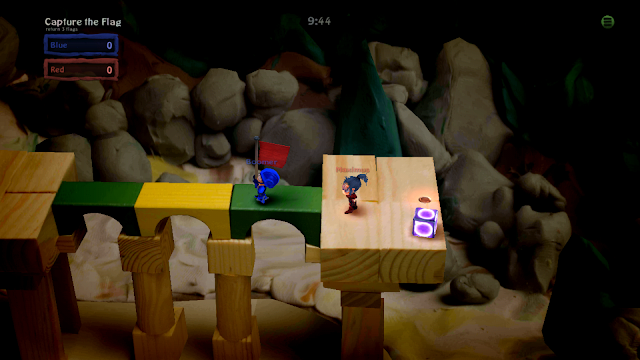 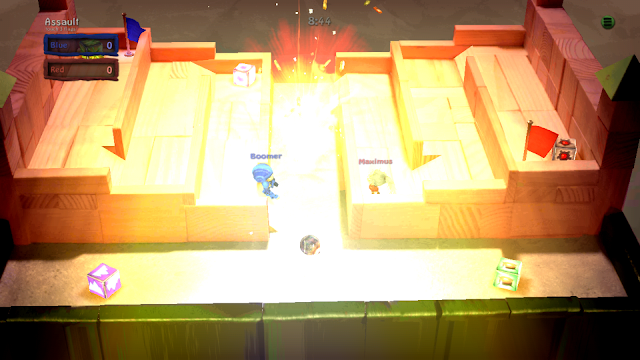 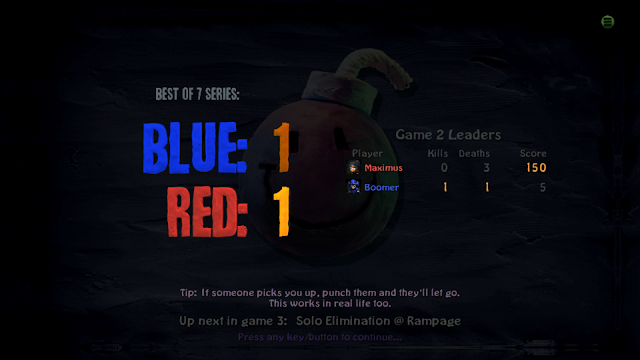 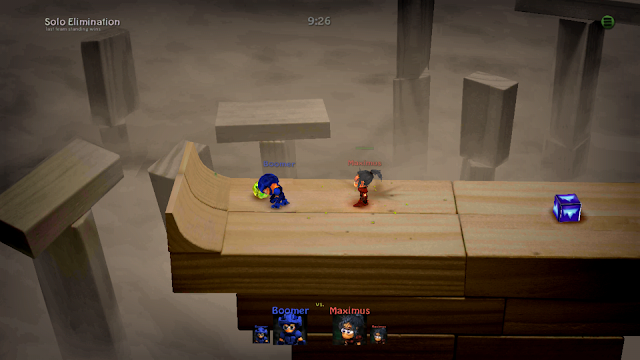 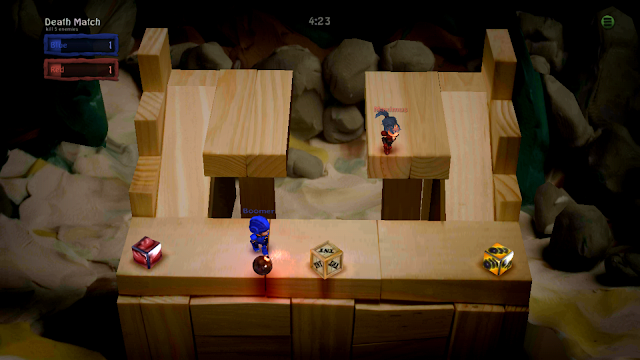 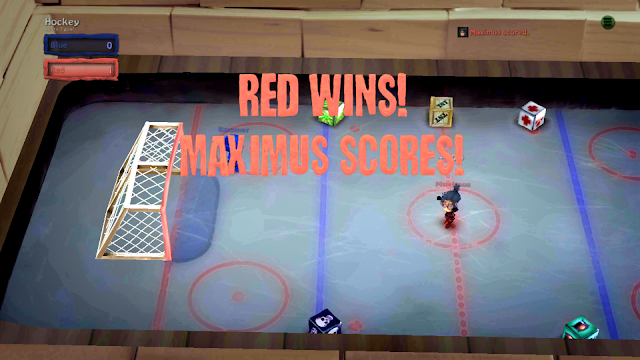 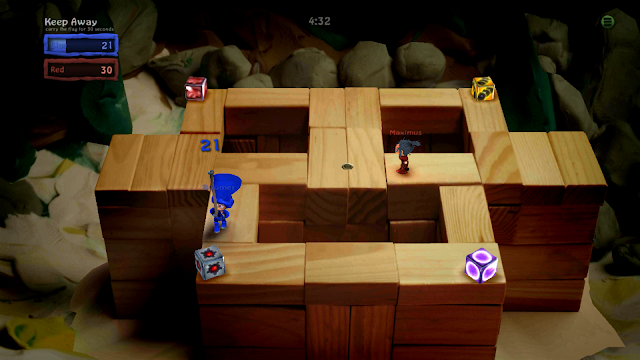 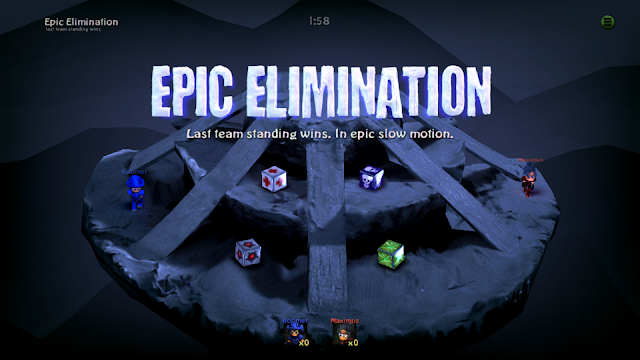 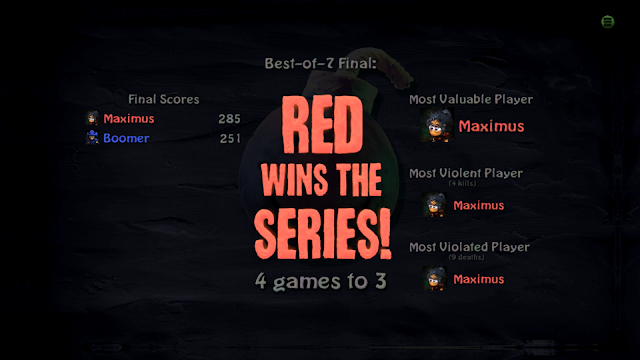 Ice rage is an arcade 1v1 ice hockey. The gameplay is extremely simple but enjoyable. While this game is definitely something you won't play whole night it's definitely an entertaining title in short sessions. This game is also available from the Play Store although I suspect that it isn't a very good tablet / phone game. It's definitely a multi-player focused title. 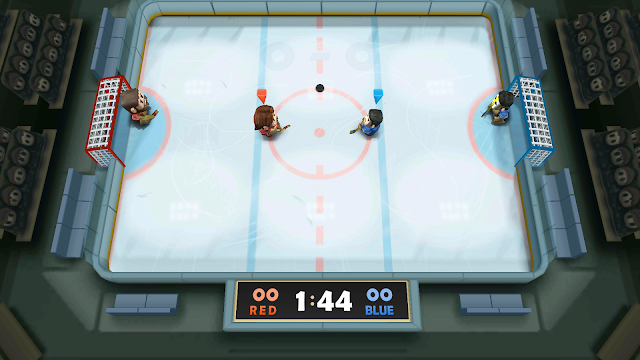 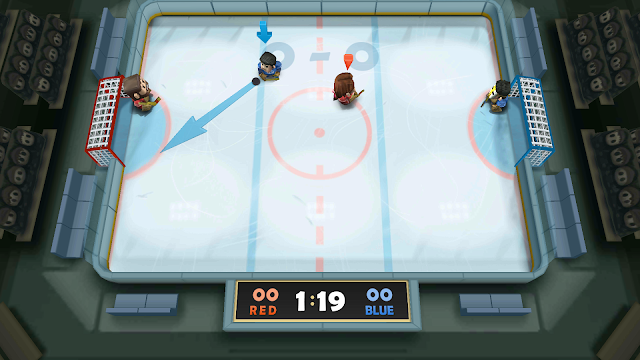 A casual game doesn't have to have mind-blowing graphics to be great fun. No Brakes Valet definitely fits this category. It is crazy fun as a two player game. 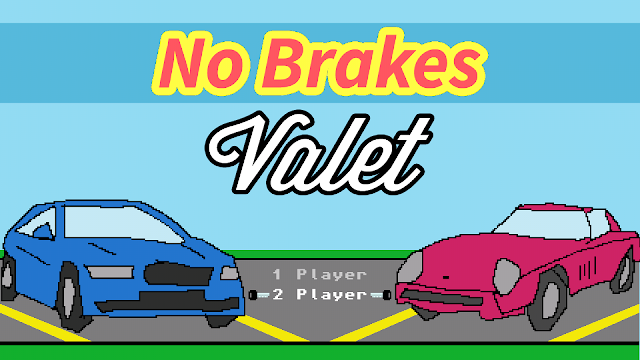 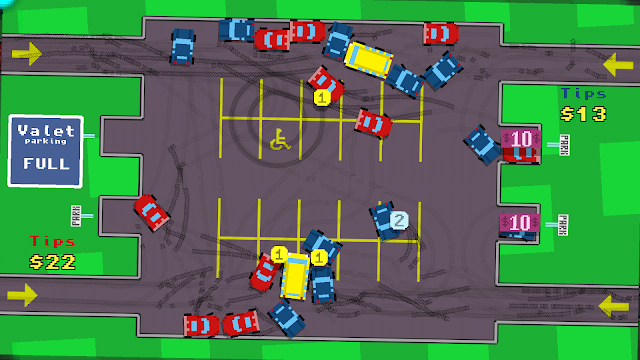 In the previous post I said that I was not planning to buy games from the OUYA store and was going to stick with the Play Store. Well.. I've changed my mind. I already bought couple of games.

So, what made me change my mind? It's simply because the games I want to play on OUYA are very different form the games I want to play on my other Android devices. My initial objection for buying from OUYA store was that I didn't want to buy games twice. But that's not the case. For OUYA I buy multi-player casual games for my other devices I buy games I can play alone.

Games for OUYA also seem to have much more reasonable approach to the payments. Recently, the Google Play Store has been plagued with the idiotic pay-to-cheat or cash-cheat method of payments. I simply refuse to pay that way. On OUYA, the games actually get you more game play when play. You  buy games you want to play unlike in the pay-to-cheat model where you pay to complete the game faster. I think that currently the ridiculousness of the cash-cheat model on Google Play is really helping the chances of OUYA being successful.

I can't emphasise this point enough. OUYA is local multi-player only at least for now. In fact, so much so that OUYA is shooting themselves in their own foot by selling the console with only one controller. They should not let anyone experience the console without out-of-the-box multi-player experience. It is a party console.

I really want to see a more carefully curated store. I think this is the key for OUYA's success. If they manage to get more great games to the store the users must find them within the first few minutes of use. OUYA should really add a "Best multiplayer" category to the main level of their store. 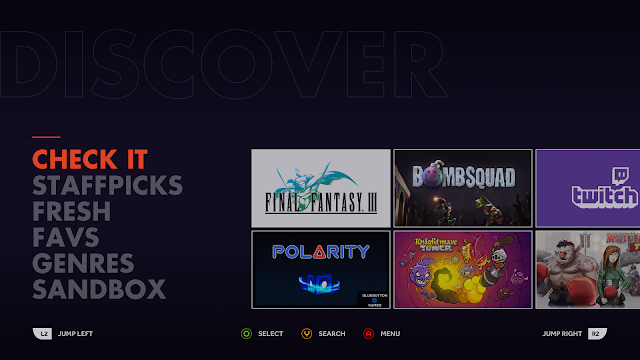 Another thing that they need to add before the launch is multi-player information to the game info screen. We need to have a new bullet point in the Overview telling the user how many players the game supports. In the case of BombSquad it should read something like "for 1-8 players". 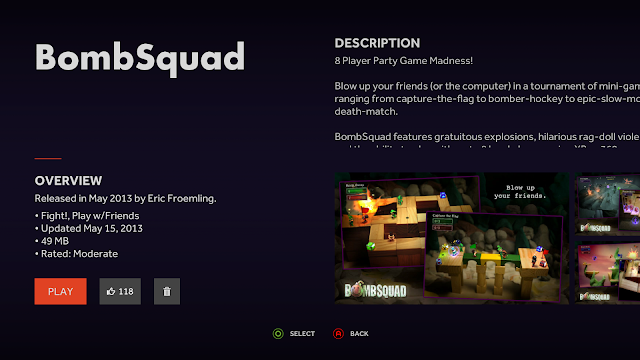 The pre-release console suffers from some critical version 1.0 issues which OUYA must fix before the release.

Firstly, the controller analog stick quality. Without better control many, many games will not feel great. I believe that it is impossible to create great racing games, for example, right now until the controller is fixed. One game greatly suffering is Flashout 3D. Controls in the OUYA game are very bad and the game experience suffers greatly. The same game on an Android tablet on the other hand is very smooth and the controls feel fine. To me this is a red flag that the OUYA controller is not ready for release. 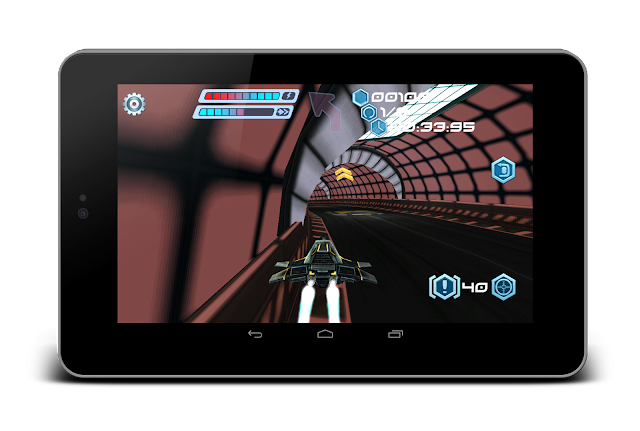 Fortunately, according to this OUYA forum post it looks like this issue is currently getting the attention it needs and is likely going to be fixed before the consumer launch.

I'd be willing to bet that many households getting the OUYA already have either a Playstation or an XBox. As many people will be buying the OUYA with only one controller it is very important for OUYA to make sure that people can use their existing controllers with the system. I have a PS3 and I managed to pair the PS3 controller with my OUYA without big issues. I'm a geek though and to me it was no issue to jump into the settings and pair the controller manually via the Android's bluetooth system and to plug it into the OUYA USB port as hinted on some forums. But I believe that for many people this is a step too far. The OUYA really needs to put a simple instruction screen in place for pairing common 3rd party controllers with the box. I believe that this would make the console much more appealing and allow more players to experience the multi-player experience.

OUYA should also make sure that the most popular controllers do work with the games they approve to the store.

This could be another pre-launch hardware issue but a greatly annoying one. The OUYA controller randomly disconnects from the console. In a two hour gaming session the controller disconnects maybe ten times. This is too much and disrupts the experience. OUYA needs to fix this to never allow the connection to be disconnected. 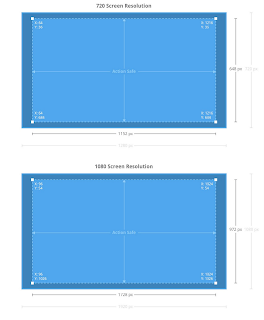 If you have ever built any software for Google TV you're very aware of TV overscan issues. Basically this means that some TVs don't actually draw all the pixel they promise to draw. There's a long explanation of the issue in the Google TV developer site where you can get more information.

This means that apps cannot use the whole display and should leave the very edges empty. Currently, this isn't happening though and most games are still built for tablets where drawing all the way to the edge is OK. Effectively this means that at least on my TV most games have part of their title or controls cut of. It makes the games feel less polished. I doubt that there's anything OUYA can do on the software side but this is something that must be pointed out to all developers wanting to put their games on the store.

I was positively surprised by the console when I first tried it and once I got to try it with my friends in a party I was convinced that the console can be great. The killer games are there but because they are casual games one or two killer titles won't make it. There have to be many more. For this OUYA must make tweaks to the game discoverability on their store. I'm 100% convinced that this is a platform that can succeed. There's only few issues that must be sorted out and the console will feel like a great product. It is so close that the goal is clearly visible now OUYA just has to take the correct last steps to make it. I'm, for one, hoping that they will succeed.