My Thoughts on the Nexus 9 Tablet 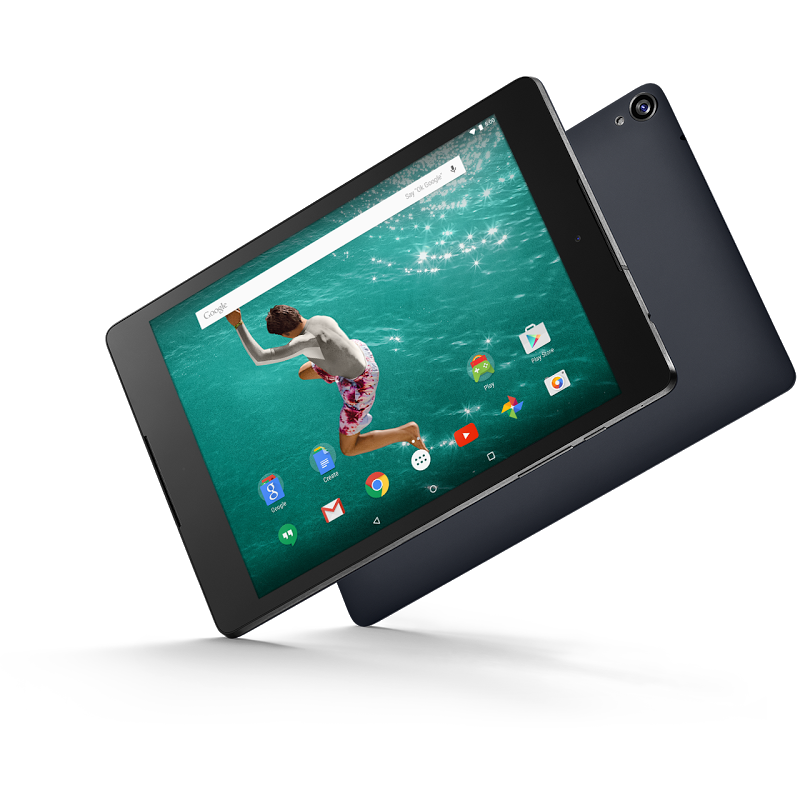 I've now been using the Nexus 9 for a month or so. Few weeks ago I also finally managed to get the keyboard case delivered to me. I thought now would be a good time to share some thoughts about the device.

Let's get one thing out of the way first. No, I'd not recommend you to buy it.. unless you're in a certain special group of users. Let me explain.

The Nexus 9 is way too expensive for what it is. It's an Android tablet, one of the best ones, but it's way too expensive compared to alternatives. There are many things I don't like about the thing but the aspect ratio especially.

This aspect ratio doesn't make any sense in most use cases. All (well almost all) videos are shown in a letter box and the screen space for a video is nearly identical to the much smaller and cheaper Nexus 7.

For reading and web the wide-screen format is superior as well. Holding the N7 in one hand is very comfortable while the N9 is not. Line length on the N9 is too long making reading experience uncomfortable.

The keyboard dock. It literally transforms this device (yes, I am typing this review on my Nexus 9). All the sudden the 4:3 aspect ratio makes sense. Google Docs feels like made for this device with this keyboard. To me Nexus 9 combined with the keyboard cover is the perfect travel device.

It's still not cheap. You'll have to pay more than 500 euros for the tablet & keyboard combo. But it depends where you compare it to. A small Macbook Air costs more and is less useful if you already own a developer device (a MBP in my case). A MBA is also much more cumbersome in small space like airplane table. I'm also much more comfortable with Android than any desktop OS on my devices. It is better thought out and more beautiful than any of the alternatives.

This is where I'll change my to-buy recommendation to yes. If you're looking for a device that lets you write on the go I doubt you'll find a better device than the Nexus 9 in the price range.

The keyboard is very comfortable to type with. It is smaller than you laptop / desktop equivalent but it's not too small. The 2 different positions allow you to use the keyboard either on lap or on a table.

The aspect ratio defines the device's purpose more than you would think. The device is great for writing but not so great for video.

The Nexus 9 is not a perfect device. The aspect-ratio problem is something you can probably live with if you choose to buy the device and it's hardly going to be a surprise to you. The other issues are a bit less obvious when making the purchasing decision.

Lollipop is not ready

This summer Google announced Android 5.0, the biggest update to the operating system since its launch. But as any software engineer can tell you with big updates comes big bugs. The Android 5.0 Lollipop release is no different.

The latest Android operating system version looks gorgeous. It is a giant leap forwards in terms of design and functionality of Android. Unfortunately the big change is still ongoing. Some things are still laggy and broken. Some design decisions of the OS version were ill informed and will be fixed later (or sooner, hopefully). Personally, I'm not too bothered with these issues as I have trust to Google that the situation will improve very fast. But you have to decide yourself if you're happy to tackle these issues or if you want to wait for the inevitable first iteration of updates to the Android 5.

Android 5.0 Lollipop is a typical .0 release. It has tons of problems that needs to be fixed but that is not uncommon in big software updates. The 5.0 shows us where the OS will go once this release is ready (probably around 5.1 or 5.2). I can forgive these issues. They will be fixed. Android 5 will be amazing once complete!

Trying to find the power button on a device like the Nexus 9 can be annoying. The button quality is also a bit iffy. To remedy the awkward interaction the Nexus 9 support double tapping on the screen to wake the device. While a good idea it is so unreliable that it's difficult to trust it. It works for about 75% of the time and the rest of the time I find myself first tapping the screen like an idiot and few seconds later cursing to myself and stumbling for the inconvenient power button.

There are some unfortunate hardware problems with the device. As a Nexus device developers will be one of the main group of users wanting to have the Nexus 9. Unfortunately the USB port on the device is very flimsy. On a developer device this matters much more than on other devices as developers will be plugging the device in and disconnecting it all the time. Most Android devs can tell you stories of having to replace their devices after the USB connector wear preventing them from using the device as a developer device anymore.

Then there's something that has been plaguing Android since the very first versions and still is. Rotation lag.

When you rotate your Android device it will recreate the current activity and inflate all the views. It is a technical design decision that has made the OS very flexible but to users this shows as a delay whenever rotating the device.

There's also some other issues in the Android 5.0 causing slowness when switching between apps. The Nexus 9 should have plenty of memory and processing power to make app switching faster. Especially bad experience happens when the launcher app is thrown out from the memory and user presses the Android home button. In some occasions it can take more than a second for the launcher screen to appear and the home button pressed state to disappear. On a high end device like this that is something that I cannot accept.

Both of these issues have the same root cause. Creating Android activities is slow and heavy process. Solving this is a difficult task but before there's a solution Android, especially Android tablets, will keep feeling laggy to users coming from iDevices. For the rotation issue we should be looking for some kind of workaround as it is so deeply based on the core architecture of the OS. Maybe we could use some temporary display giving the users feel of more immediate rotation.

For the home screen loading issue maybe another solution could be possible. I believe that the launcher app should receive priority treatment from the OS and maybe it should only be thrown out from the memory at the very last resort (which should never happen on a high end device like the Nexus 9)


Then there's the speakers

Nexus 9 has two front facing speakers. After using it for a while I cannot understand why all tablets are not designed with front speakers. Watching some Netflix in the bed with my girlfriend is great. The sound quality is fine for the purpose and there's plenty of volume for 2 people watching the tablet same time. From now on front speakers will be one of the major requirements for me when buying a bigger tablet. iPad users, you don't know what you're missing.

Nexus line of devices might have unified style and software but accessories is something Google keeps continuingly failing with. The Nexus 9 keyboard case sets you back almost 130 euros. That is a lot for a keyboard. In the case of Nexus 9 it is a mandatory part of the device though and I believe that Google should not sell the device without it at all. But what about future?

Except for few Nexus accessories they have all been compatible with just the single Nexus device they were built for. That's fine when the accessory is a case costing 20 - 30 euros but a for more expensive accessories users expect to get more.

With Nexus your accessory selection is poor as 3rd party manufacturers are reluctant to get into the accessory business when the accessory will be viable purchase only for month or two (or a year in the best case). Google will remorselessly end-of-line their last year's devices and the new device will has nothing in common with the last one. All accessories will be obsolete.

I'm hoping to get enough life out of the 130 euro keyboard but I can't blame anyone thinking otherwise. Some kind of possibility of the keyboard being compatible with the next Nexus 9 (we don't even know if there will be one) would certainly help convince people to buy the keyboard.

Nexus 9 both is and isn't a great tablet. If you look at it as a 500 euro travel companion for writing it is awesome. If need a device for watching videos and reading on the go Nexus 7 beats it's larger cousin in pretty much every case. In my opinion buying the Nexus 9 without the keyboard case doesn't make any sense. Without it, it is uncomfortable to hold, unusable as a writing tool and beaten by the cheaper Nexus 7 in most use cases. Don't calculate the device's price separately. As I mentioned above, I don't think it should be sold separately from the keyboard at all... because what's the point.

I love my Nexus 9. To me it is near perfect device for what I wanted it for. Your mileage might vary. I won't be recommending this device without reservation like I would the Nexus 7. But if you travel a lot and need a device to complement your heavy and large laptop and plan to use if for writing the Nexus 9 is probably the best device out there.. by far.